Every Monday at 6pm

This group meets every Monday at 6pm at 600 Albany Avenue in Amityville.
A Veteran Peer Mentor will lead the one hour support group. All Veterans and Service Members are invited to join. No proof of service is required. All of our groups are Anonymous and Confidential.

Are you an expectant mother or have children under 3 years old and want to connect with other Moms? Our new Moms group meets every Saturday at 11:30 AM

Join us on Zoom!

If you are eligible to be vaccinated, we encourage you to make an appointment when you can. Travel rules and regulations change all the time. Click the link below for the latest guidance.

The hotline provides 24/7 crisis counseling and support to those experiencing emotional distress related to any natural or human caused disaster. CALL 1-800-985-5990 or text TalkWithUs to 66746.

We're proud to present our 2019 Annual Report. The report highlights the number of veterans and family members served in our County as well as the many outreach opportunities we have explored to expand our reach in the community.

Named to honor the memory of an Iraq war 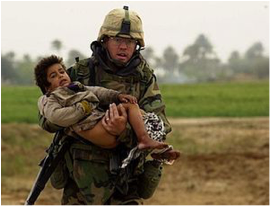 Launched in 2012 as a pilot partnership between our Suffolk County United Veterans program and the Suffolk County Veterans Service Agency, the Dwyer Project takes a confidential, one-on-one, peer-to-peer approach that has rapidly captured the attention and support of both veterans and mental health professionals statewide and across the nation.

The program has steadily demonstrated that the peer-to-peer model holds tremendous, untapped value as a tool for helping Veterans transition and reintegrate back into civilian life.

Through Suffolk County United Veterans, a program of the Association for Mental Health and Wellness, we are proud to have taken a leadership role in piloting this innovative program that will soon serve as a national model for Veterans’ assistance. We are also indebted to the Suffolk County Veterans Service Agency for the critical role they have played as a partner in supporting the Joseph P. Dwyer Veterans Peer Support Project. 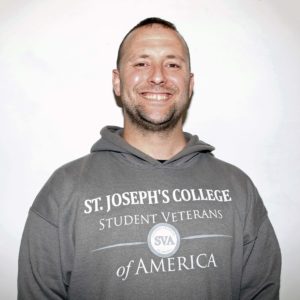 “During my four years of service in the U.S. Marines, including two deployments in Iraq, I was shot by a sniper and received a Purple Heart award. The Joseph P. Dwyer Peer Support Project was critical in assisting me with post-service transition issues. They gave me an understanding of life after the military and helped me to regain personal stability. I became able to effectively apply my military skills into civilian life. In 2014 I came full circle and was hired to be a Peer Mentor with the Dwyer Project, facilitating a support group at the Sag Harbor site.” ~ Roger
COPYRIGHT © 2017 THE ASSOCIATION FOR MENTAL HEALTH AND WELLNESS